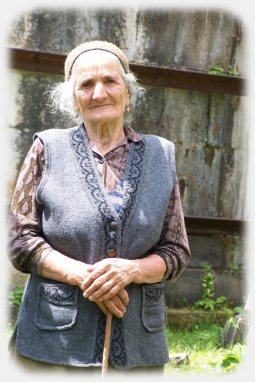 Introduction
Armenia is located between Europe and Asia known as Transcaucasia. The country has a short history, being established on September 23, 1991. Before this, it was part of the former republic of the U.S.S.R. The country has a population of approximately three million people. It has a relatively long border of 1,254km of which most lies with unfriendly neighbours (Azerbaijan-566km, Az-Naxican Exclave-221km and Turkey-268km). Georgia to the north (164km) and Iran to the south (35km) are friendly open borders. The history of conflict lies in the Armenian genocide which was carried out by the “Young Turk” government of the Ottoman Empire in 1915-1916 and again in 1922-1923; approximately 1.5 million of 2.5 million Armenians are believed to have been killed during this period. Creating a peace park in this region may help in building trust, credibility and understanding between nations and be a small first step to addressing these much bigger issues that have become culturally entrenched.

Wolf-human interaction, while perceived as a conflict initially, has also been seen as an opportunity and hence wolves could become a small “peace” in a big puzzle toward a transboundary peace park involving Armenia, Turkey and Georgia. The UKWCT has provided some monies to better understand and address the concerns of the people in this region and specifically help in reducing wolf-livestock conflicts in the area. You as members of the UKWCT are contributing to a project that is an immense journey toward achieving conservation of cultural landscapes, natural environments, birds, fish, wolves and most importantly sustainable livelihoods for families living in a conflict zone.

Peace Parks are much more than conserving environments
Healthy environments and ecosystems which include wolves and people have been linked before with peace initiatives. In fact one of the first international peace parks created between Canada and the USA, Glacier-Waterton, now protects a border population of wolves that travels between northern Montana and southern Alberta. On a much larger scale, this relationship between peace and a healthy environment was demonstrated through the Nobel Peace prize in 2004 when it was awarded to Wangari Maathai who initiated a grass-roots tree planting scheme in Kenya. Peace Parks are not a new idea but an idea that is continuing to grow around the world. In 1988, there were only 59 but today there are over 170 peace parks. Such protected areas are becoming an integral part of forging agreements between countries that have traditionally been in conflict. Much still needs to be done worldwide as less than 12% of the planet’s resources are protected. The creation of a transboundary peace park between Armenia, Turkey and Georgia, although a challenge, could provide as in many other places the beginnings of forging better relationships between countries, and new opportunities for conserving wildlife, including wolves which will become a small “peace” in this complex jigsaw puzzle.

The proposed park area on the Armenian side would involve a core area around Lake Arpi and a buffer zone a little further away in the Shirak province. Shepherds and local villagers say they see wolves every day in the core area. The human dimension project in the area has focused on understanding the values and attitudes of these local people toward nature, the environment, the idea of a protected area, and also toward wolves. Despite the poor economic conditions in the area, attitudes of local residents suggest there is room to forge coexistence between wolves and people.

Where is there room for coexistence? Most residents in the core and buffer zones (approximately 60%) believe that having wolves could bring tourists to the area. A similar percentage also believe that tourists will come to an area where wolves are protected; approximately 28% were neutral, suggesting opportunities to target communication messages on this item and possibly create more positive attitudes. Some sustainable tourism is needed in the region and this is an overarching objective of the much larger project. At present, it is extremely difficult to find a place selling bottled water, never mind providing accommodation suitable to western standards, so tourism infrastructure is severely limited. Where do we go from here on this immense journey of conservation?