The research on wolves in the Central Forest Nature Reserve was started by Viktor Bologov in 1974. His son, Vladimir Bologov, continued his work in the reserve from 1984 and as a researcher from 1993. He studies wolf ecology, wolf control methods and aspects of the wolf/human conflict. Vladimir set up volunteering opportunities in the reserve to help raise funds and gain assistance with data collection. The research is now carried out at ‘Biological Station Chisty Les’, a satellite site of the Central Forest Nature Reserve, approximately 150km from the original research base.

Research regarding wolf movement, population dynamics and wolf/human conflict are ongoing, as all traces of wolves, as well as livestock predation in the region, is recorded. However, the main aspect of the wolf research and activity on the reserve is the rearing and reintroduction of wolf pups into the wild.

In the Tver region of Russia, a bounty of R1500 (US$50) is offered for every hunted wolf, whether pup or adult. After the application for the bounty has been submitted the hunter can do what he wants with the pups, and usually sells them to zoos, circuses or people who want a pet wolf. Those that cannot be sold are killed. Vladimir buys wolf pups each year, raises and returns them to the wild. The following principles are applied during rearing: 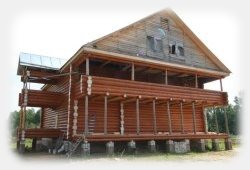 The pups are released at the end of their first winter (between April and August). They are then almost one year old and strong enough to support themselves in the forest.
The Chisty Les Biological Station has in recent years completed building work on an Education Centre. As with Bulgaria, there is still a bounty on wolves in Russia, and the project staff is working hard for the protection of wolves, brown bears and other large mammals.

An area of 12000 hectares around the biological station now has protected status. The centre provides facilities for both wolf and bear conservation. Groups of local school children spend time at the centre, there is also an opportunity for volunteers and research students to help out on the project. 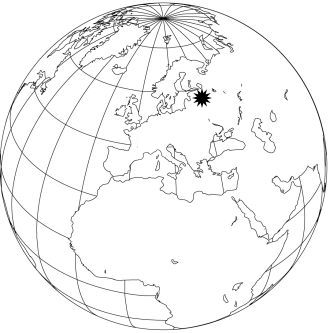 The UKWCT's funding has helped towards building an education centre in Tver, as well as supporting research. 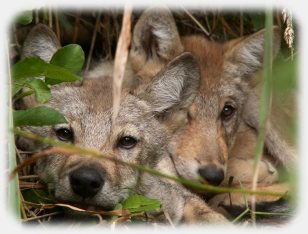