Due to the ongoing Covid-19 pandemic, there will be fewer updates than usual. The wolves are still receiving excellent care from our volunteers, there are just fewer of them on site. 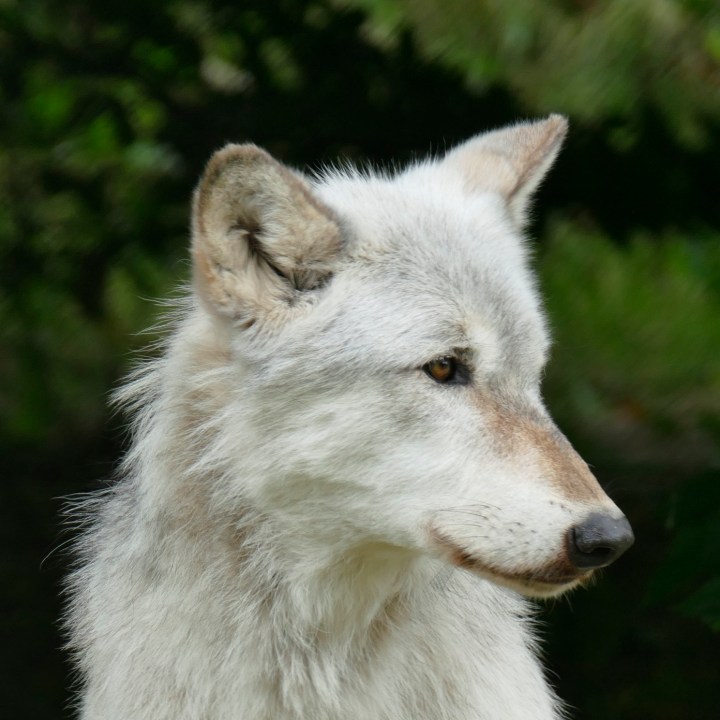 A cloudy, warm and muggy day greeted the volunteers as we arrived for the day. As usual, a short briefing was held, then we went out to collect the Beenhams to take them out for a walk.

As it was a warm day the wolves kept a sedate pace throughout, following their usual routine of having a good sniff of everything and generally having a good time exploring. The walk took a different route to normal, much to Nuka's delight: it meant he could get a good, long look at the tractor and meadow topper, as well as being able to roll in the grass nearby.

We popped the wolves back in the holding area, as, after a lunch break it was time for maintenance. That involved us all splitting into different groups, with activities including watering the flowers and emptying out the troughs, scrubbing and then refilling them. Motomo was also cordoned off to one half of his enclosure, meaning the other half can have the grass and vegetation cut back in the coming week.

It was then time for the wolves' food, which included some salmon as an extra treat. Most of the wolves enjoyed the fish, but Nuka was not impressed. Unusual for him, as he normally happily wolfs down anything! We went in with the wolves and, as usual the sisters came up for a fuss while Nuka tried to work out whether he wanted a fuss as well, or to bound away in play. The latter option was eventually decided upon and not long after that Tundra and Tala wandered off. We left soon after, the end of another fun day with the wolves.
The Beenhams and (some of) the volunteers 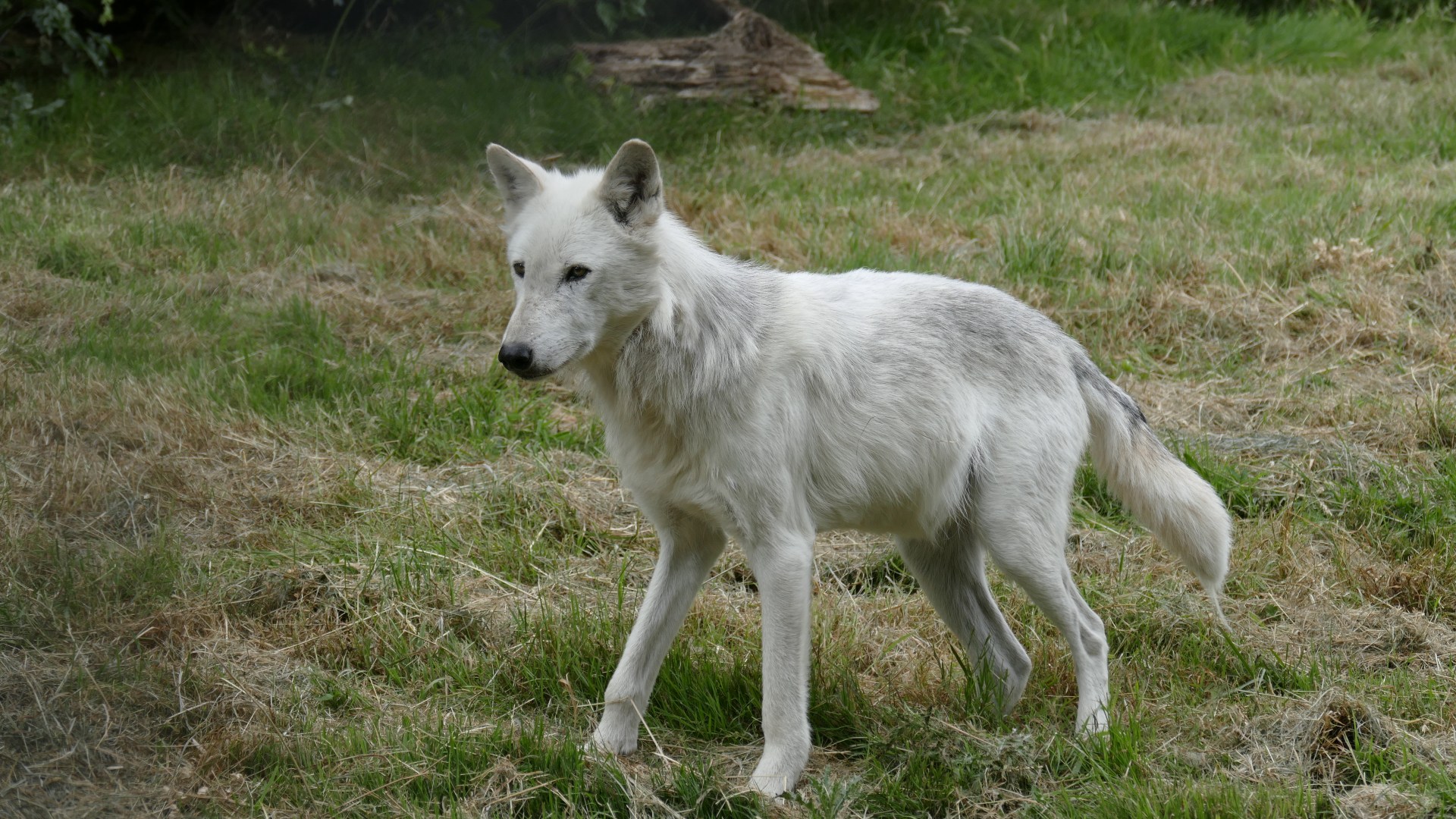 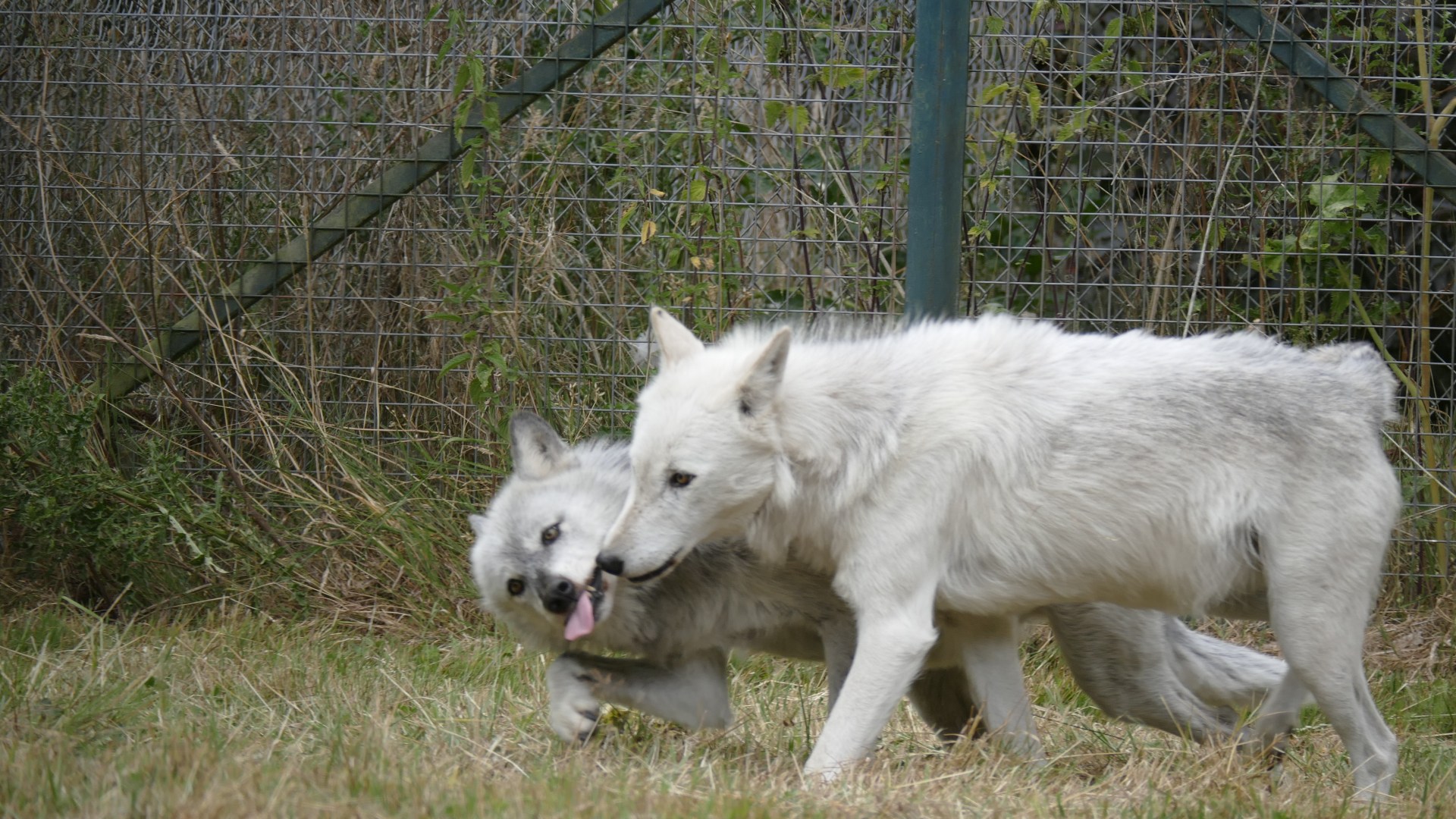 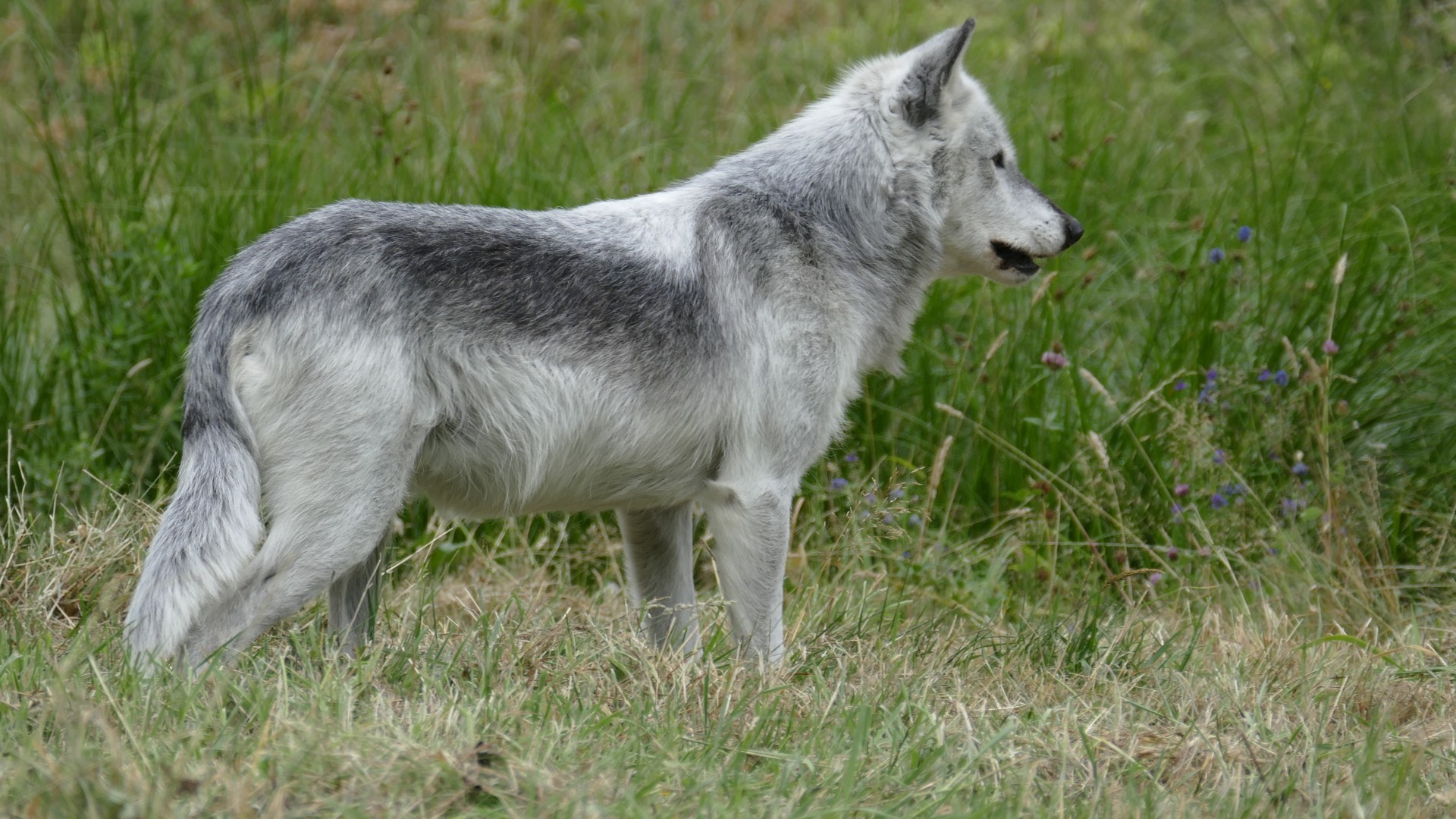 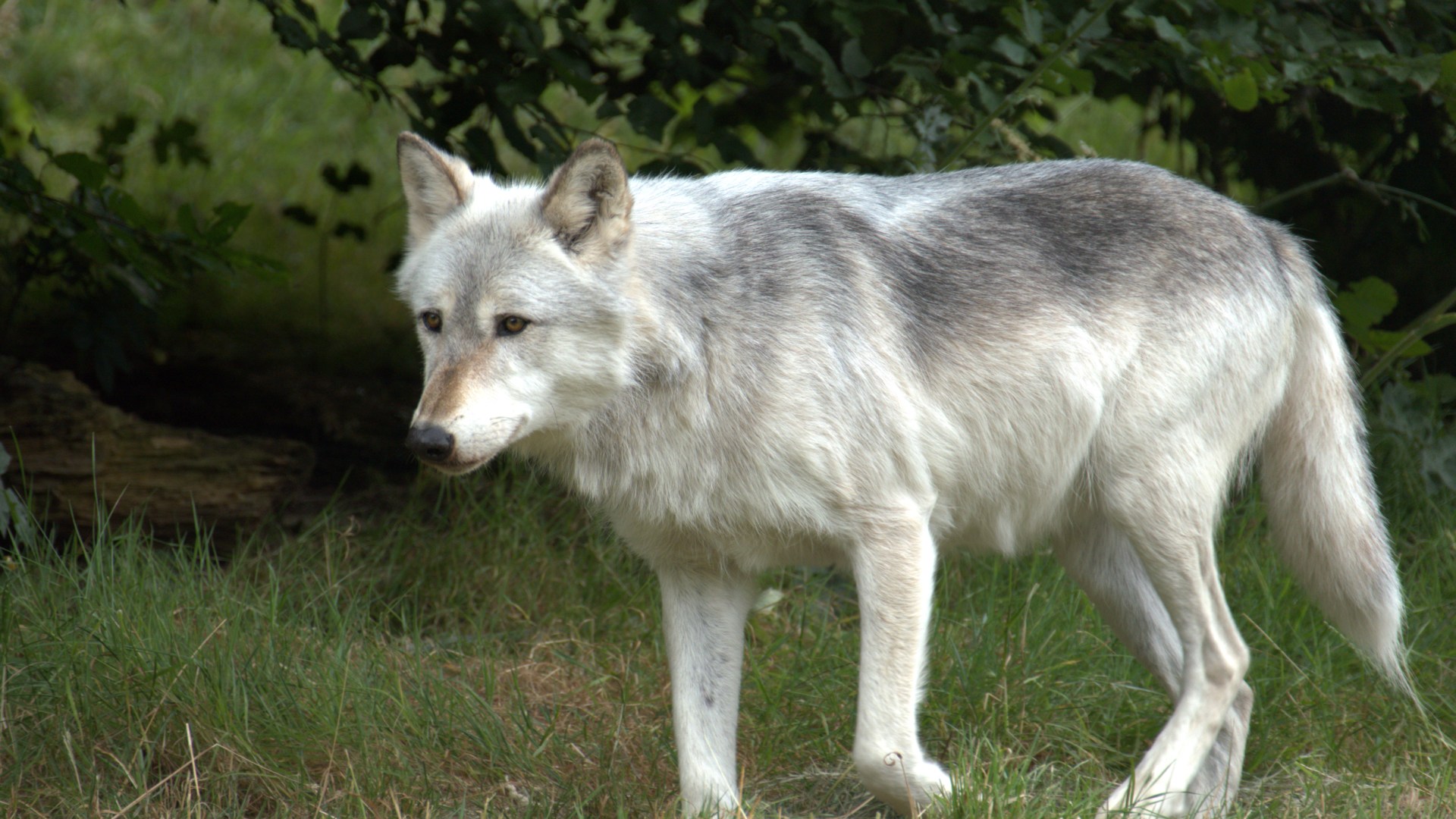 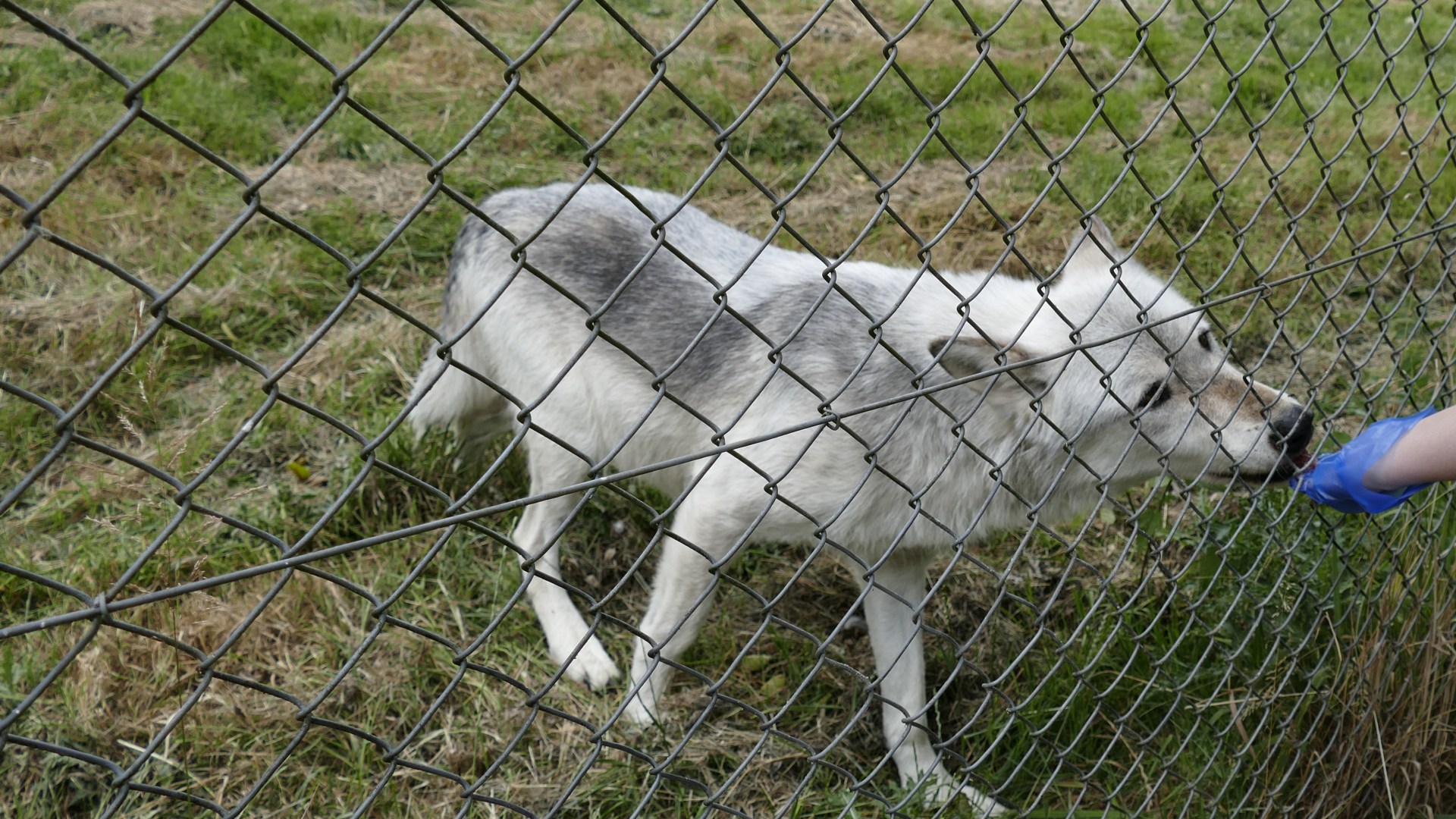 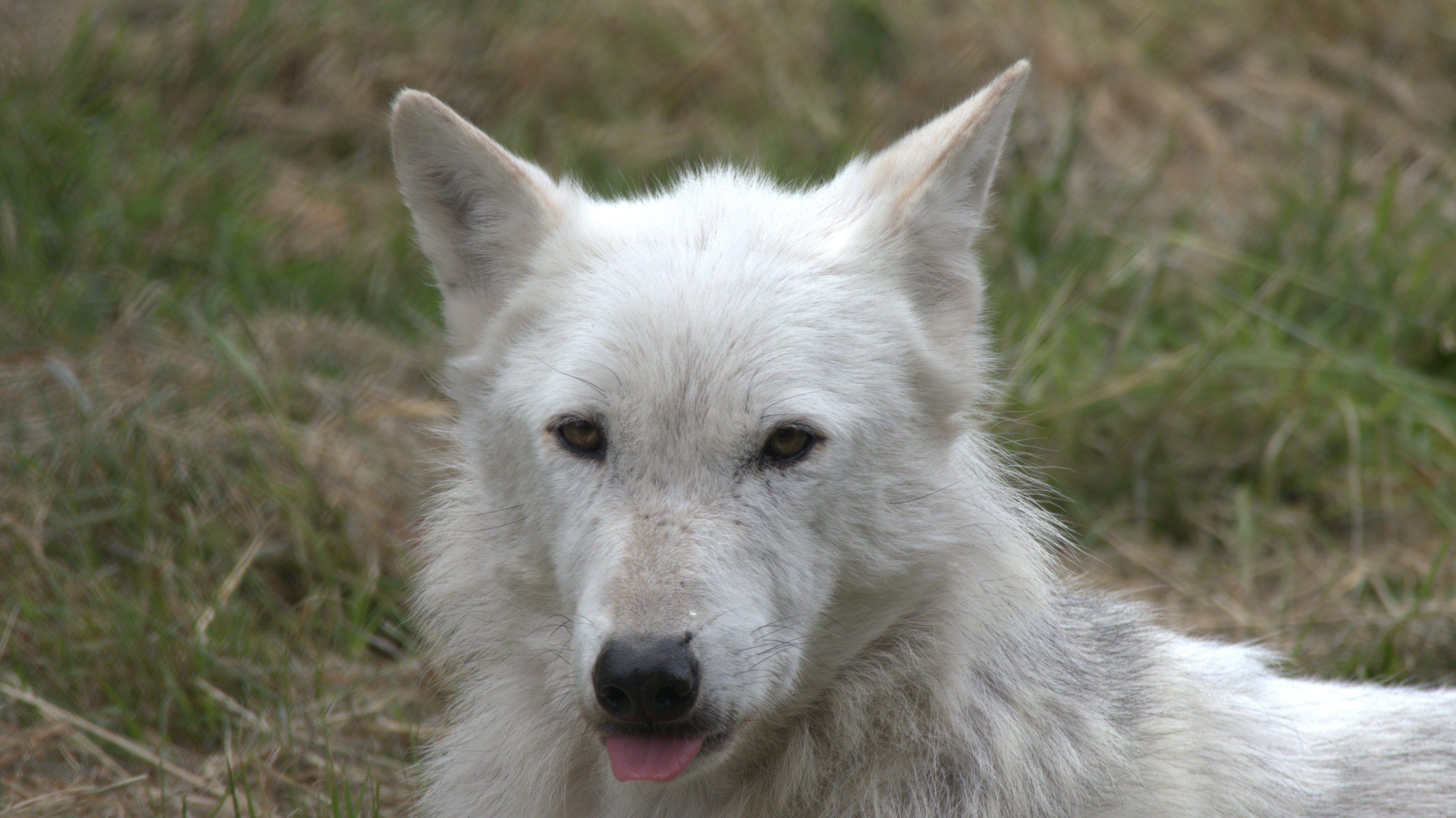 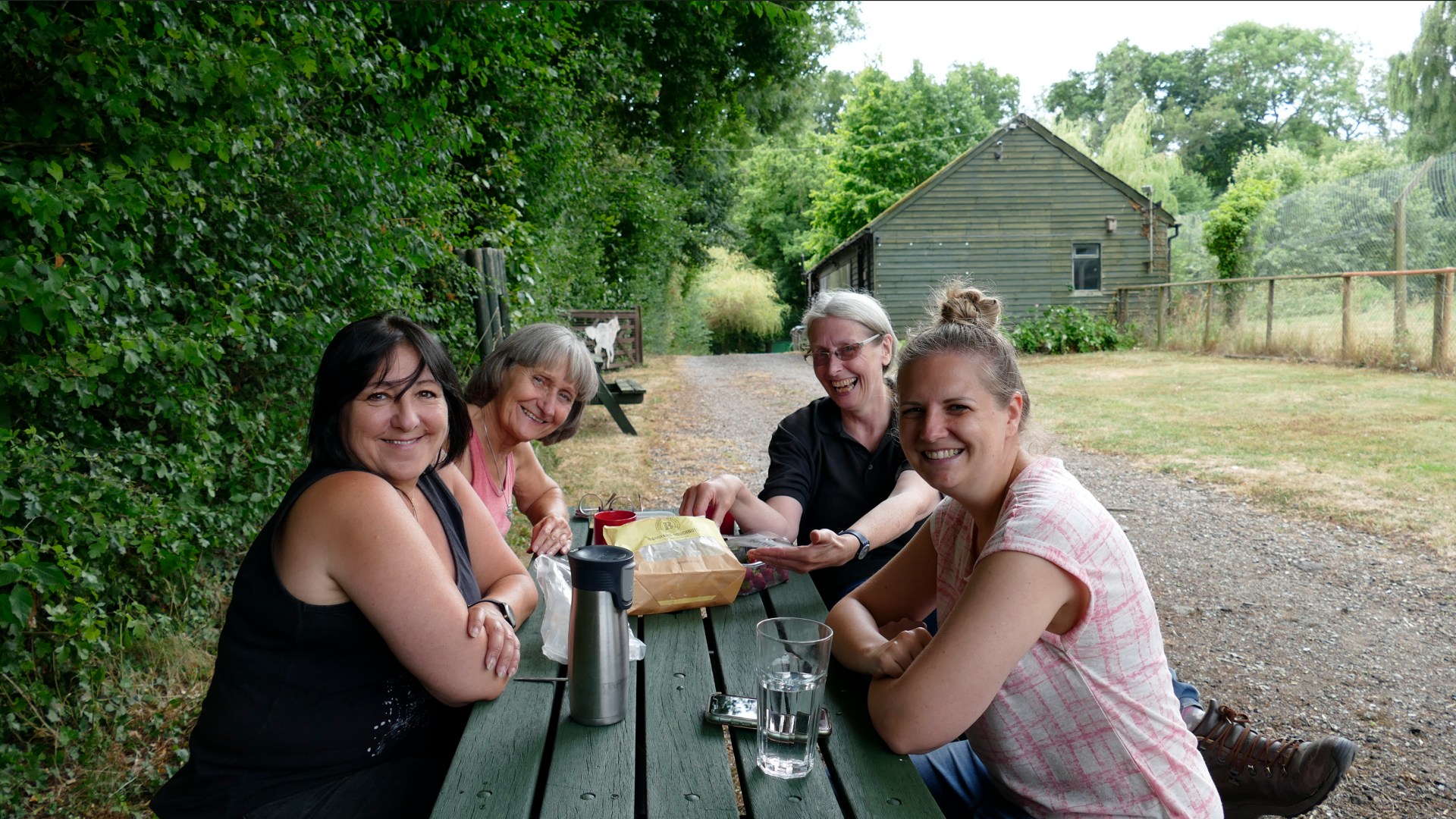 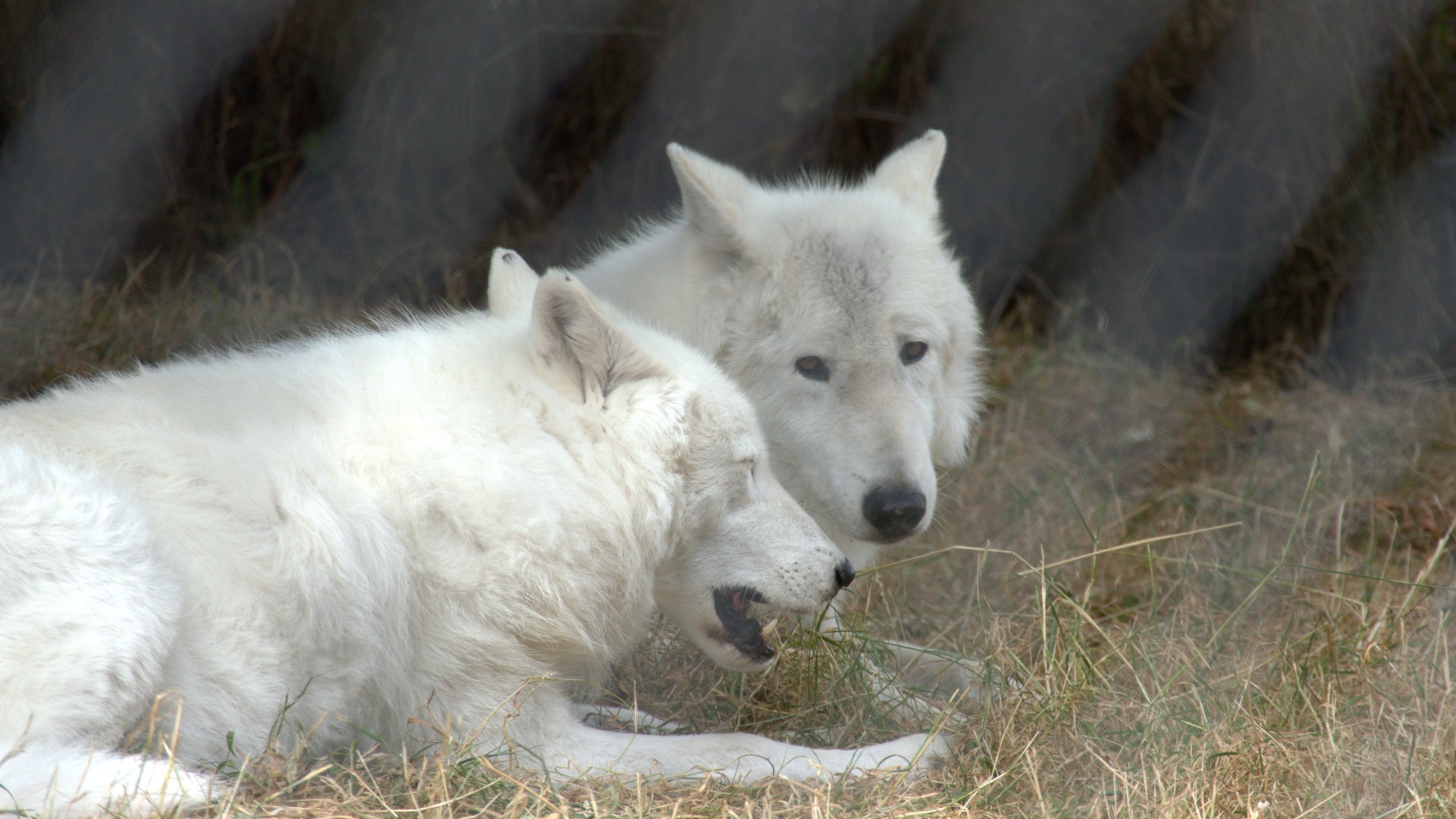 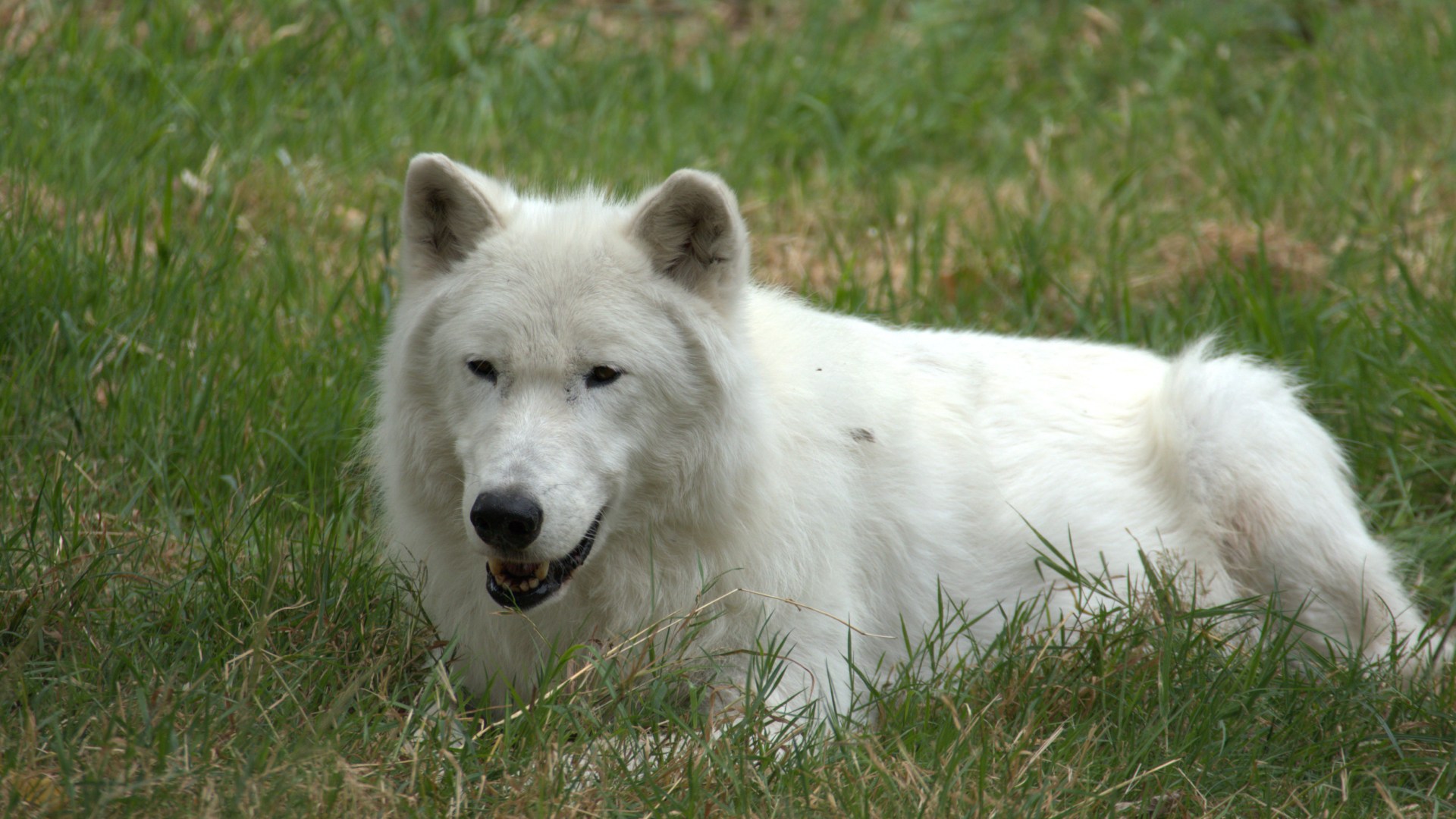 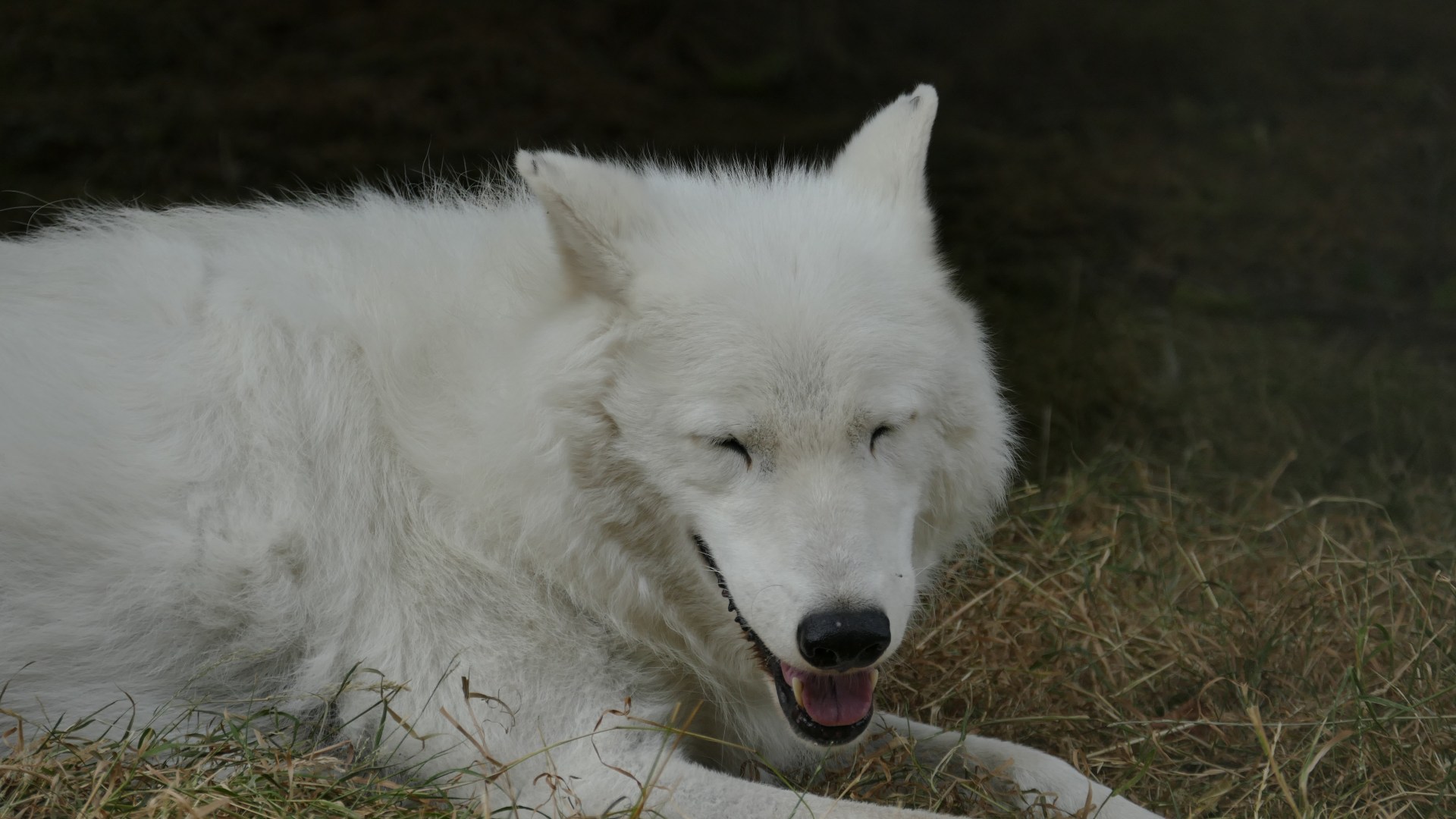