We have supported two different projects in India.

The first project is aimed at surveying the numbers of wolves in the Ahmednagar district of Maharashtra, India; currently there's very little official information on the wolf population. This project is managed by Ashwin Angar.

• What methods will you be using to determine wolf populations?


The 1444 sq km grassland will be initially surveyed for random counts of wolf packs for a period of one month which will serve as a baseline for further population determination. Dividing the whole area into quadrats, each quadrat will be studied using line transect; packs and individuals to be counted along the line. Abundance, population density and relative densities would be estimated. The distribution across the study area would be mapped to comprehend spatial distribution.


• Where are you getting most of your financial backing from for this project?
We are working on this for the last two years, and we do not have any funding for this program. Work is being done using our own money as and when need be.

• Could you send a report on what your project has achieved so far and projections for the future?


A base assessment of the landscape has been done, assessing the mega and avifauna of the region. This assessment though has been a random one due to lack of funds for systematic and dedicated studies.

• Do you have any Government support for the project?
Since the work involves interactions with wildlife and wolf in forest areas, permissions from the concerned government departments will be needed. We undertake to secure those permissions before start of work and before release of funds. We do not anticipate any resistance or denials from the government for the said research work. 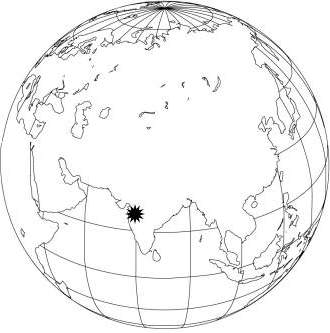 A project summary in PDF format can be downloaded here.

The second project is aimed at understanding the genetics of the wolf populations in India.

Objective: Using genomic methods, the research aims to address the following questions:
(Q1) How much gene flow and what geographic routes connect Indian wolf subpopulations and how much genetic diversity has been lost to inbreeding within these subpopulations?
(Q2): How genetically distinct are Himalayan and Indian wolves compared to other Asian wolf populations? The data collected from wolves in India will be part of a larger overarching study on the processes and patterns influencing the timing and pattern of diversification of wolves in Asia.